Message from the President

At Nanzan, let us grow and mature together based on the awareness possessed by each and every one of us.

Nanzan University was first established as Nanzan College of Foreign Languages in 1946. It has since grown to encompass 8 faculties which offer 18 undergraduate and 6 graduate degree programs. As a coeducational Catholic institute of higher learning, our founding principle focuses on “educating from a Christian worldview.”

To help us better translate this founding principle into concrete action, we have adopted “Hominis Dignitati” (for the dignity of all human beings) as our educational motto. One of the central tenets of Christianity is that human beings have been created in God’s image and as such have an inviolable dignity—one that confers sacred value and inalienable rights. It is our fervent hope that we are able to foster individuals who take these teachings to heart and thus live their lives in a way that honors the inherent dignity in themselves and in other people. In order to play an active part in international society, it is important to learn to respect oneself as well as to show others the same level of respect. Our vision at Nanzan University to “empower the individual to become a power in and for the world” which embodies the spirit of respecting people, maintaining diversity, coexisting, and cooperating together.

Nanzan University seeks to cultivate people that can tackle various challenges in harmony with the people around them, solve problems by utilizing their international capabilities and expertize, and thereby continue to promote an “unending self-transformation.” Providing a place of learning without borders is a necessary element for Nanzan University to continue to be chosen worldwide. To that end, we will continue to make the utmost effort in all areas as one team across all 8 faculties, 18 undergraduate and 6 graduate degree programs. 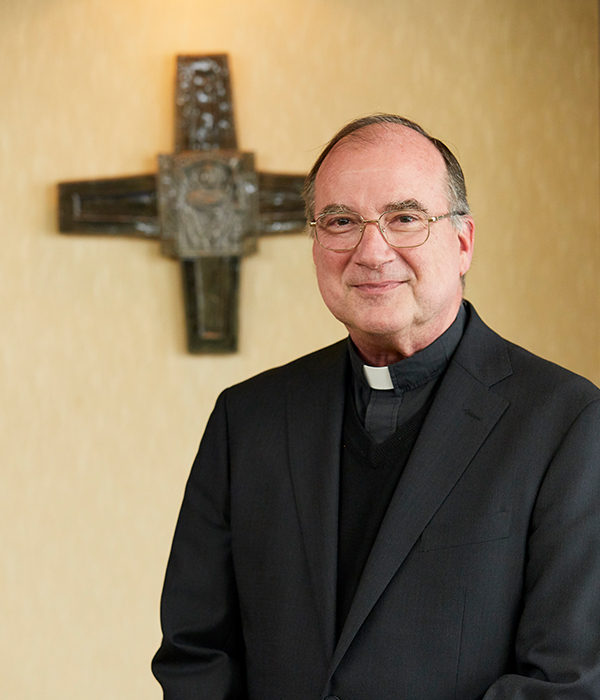 Robert Kisala was born in 1957 in Chicago in the United States of America. After graduating from the Department of Mathematics at Divine Word College he earned an M.A. Theology from the Graduate School of Theology and Ministry at Catholic Theological Union and then Masters and Doctoral degrees in Literature from the University of Tokyo. In 1985, Kisala was ordained as a priest and in 1995 he began teaching at Nanzan University, becoming its president in April 2020. He has served in a range of positions within the Society of the Divine Word in Japan and worldwide such as provincial superior, admonitor, and vice superior general. His hobbies are watching baseball (he is a fan of the Chunichi Dragons) and collecting stamps. He enjoys going to hot springs and eating chicken wings.