Nanzan University is operated by Nanzan Gakuen, a religious order run by the Society of the Divine Word. Father Joseph Reiners, a German SVD missionary who arrived in Japan at the end of the Meiji period, founded Nanzan High School in 1932. In 1946, the Nanzan College of Foreign Languages was established—and in 1949 it became the seed for Nanzan University, which started as a single faculty with just four departments. The institution has since grown into a fully-fledged university offering 8 faculties, 6 graduate programs, and the Center for Japanese Studies. Nanzan University is the only coeducational Catholic mission school in the Chubu region, and "educating from a Christian worldview" is our founding principle. To help us better translate this abstract principle into concrete action, we have adopted “Hominis Dignitati—for the dignity of all human beings” as our educational motto.

One of the central tenets of Christianity is that human beings have been created in God’s image, and as such have an inviolable dignity—one that confers sacred value and inalienable rights. It is our fervent hope that we may foster individuals who take these teachings to heart and thus live their lives in a way that honors the inherent dignity in themselves and in other people. 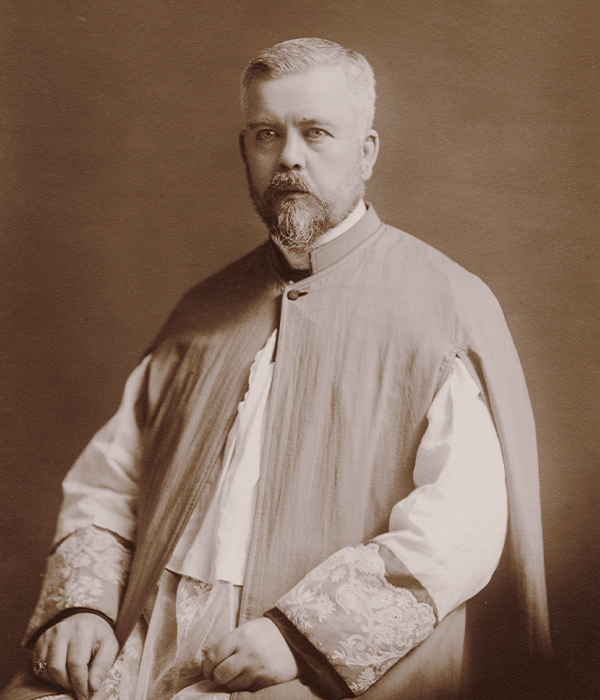 About the Society of the Divine Word

The Society of the Divine Word (Societas Verbi Divini, or SVD, in Latin) alludes to the biblical phrase "the Word became flesh." The name's origin reflects the purpose of the society, reminding us of our spiritual unity with Christ as we fulfill our mission of evangelism, which is the fundamental work of the Church.

Towards the realization of the Nanzan Grand Design

In 2007, Nanzan University devised its "Grand Design" for the next 20 years.

The Nanzan University Grand Design is a chart for positioning Nanzan as a university that will be a preferred option for students from all over the world. In this chart is the vision, and the medium-to long-term goals, that are based upon our University's founding ideals and educational motto. Our vision is grounded in the recognition that differences exist among people in terms of ethnicity, ability, religion, culture, and gender. It is dedicated to the service of creating a new set of values that embraces such diversity and, through living and working together in our diversity, promotes respect for the dignity of all human beings. In short, we aim to "empower the individual to become a power in and for the world.”